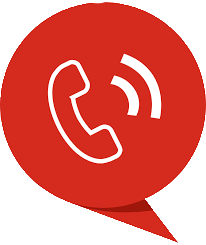 We all are already well familiar with the term effluent at least those who are running small or large scale industries and the chemical factories, the effluent is all the waste that comes out along with the water from all these factories and industries. These effluents contain a lot of toxic materials that can be harmful to the health of the people, living beings, and also for the atmosphere and the environment.


Therefore, to avoid such harmful situations it becomes very much necessary for the user to get the effluent containing water treated before releasing it into the environment for the sake of the safety and security of the environment, atmosphere, and the lives that are breathing on Earth. Through this treatment procedure, the effluent is separated from the wastewater and the water then becomes fit to be released into the environment.


But, as the technologies that are being used at these industries and factories are advancing every day so are the effluents and therefore, it is not at all possible now to get the industrial water treated and purified without the use of an effluent treatment plant in India.


But as the installation and the whole setup and then the maintenance of the plants involves the investment of a huge amount of money so; this becomes difficult for some of the industrialist and the factory owners to manage enough funds to invest in an effluent treatment plant. The small scale industrialists are seen facing this issue much more as they already work with a limited fund.